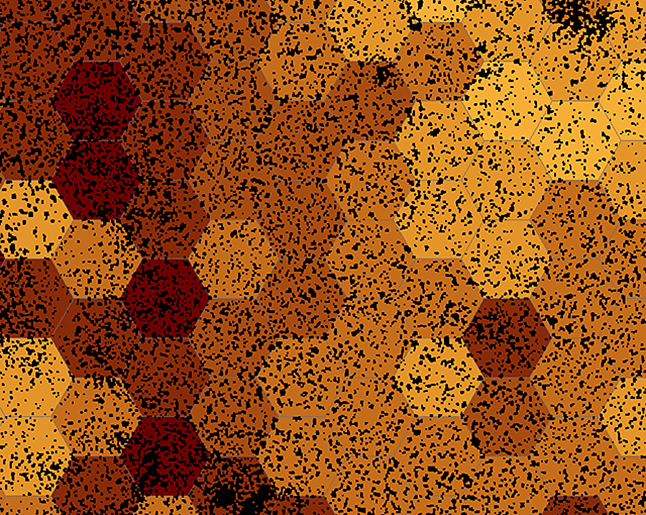 Fine-scale remote sensing of woody vegetation in the drylands of the American southwest, coupled with automated pattern analysis, in an effort to detect the ubiquitous but subtle signal of an emergent eco-hydrological mechanism linked to climate sensitivity and collapse.

Plant-scale water processes are increasingly well understood in U.S. drylands, but the links between plant-level dynamics and landscape-level outcomes are not as well established. Local facilitation of the establishment of new individuals by existing vegetation and the patch-scale diversion of surface water are identified as driving the landscape-level phenomenon of emergent self-organization in conspicuously patterned landscapes in semi-arid systems worldwide, and these plant-level mechanisms are well documented in the American southwest. This form of self-patterning, theorized to be associated with climate sensitivity, has not previously been been proposed as an explanation for the observed grouping of individuals into aggregate vegetative patches in U.S. drylands. Using piñon-juniper woodlands in Arizona and New Mexico as a study system, I tested for self-patterning at 5 sites by measuring the spatial correlation of vegetated patch shape complexity with terrain-based estimates of surface water conditions. 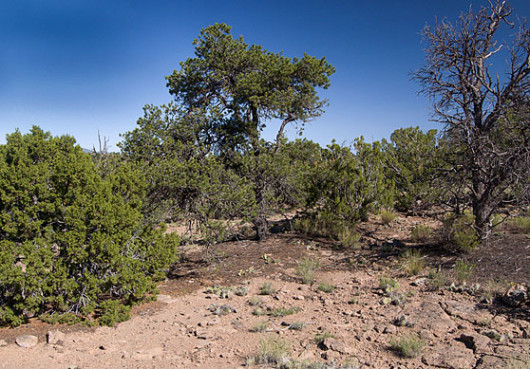 Maps of vegetated patches were extracted from aerial imagery, and the degree of spatial structure present in vegetation configuration was measured. Hydrological models of surface flow and soil water content were derived from a digital elevation model (DEM), and spatial regression analyses were conducted to test the correlation of vegetation pattern and modeled hydrological character across each site. The measured relationships suggested close linkages between surface water conditions, vegetation pattern, and vegetation density. Key spatial correlations support the presence of self-patterning for sites in Arizona, where low values of the Wetness Index (WI) of surface water flow were associated with high values of Mean Shape Index (MSI) of spatial structure of patches (pseudo-R2 0.67, p<0.01). The Relative Stream Power (RSP) index of surface water flow was also spatially correlated with MSI, although in a positive relationship (pseudo-R2 0.67, p<0.01). A second measure of spatial pattern, Area Weighted Mean Patch Fractal Dimension (AWMPFD) was also tested with and yielded similar results. These analyses are consistent with the presence of a self-patterning dynamic not previously identified in American semi-arid ecosystems and linked with threshold sensitivity to climate change. 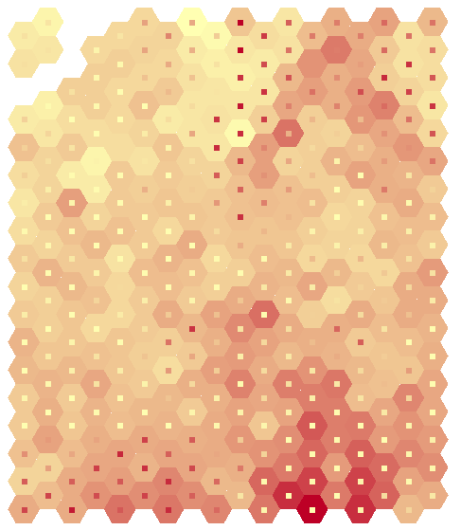 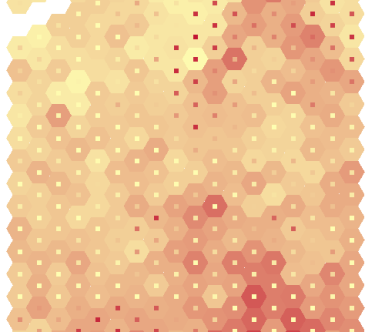 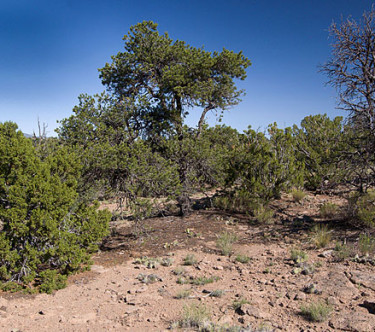 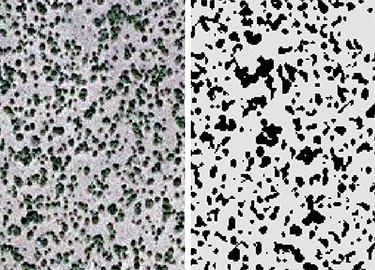